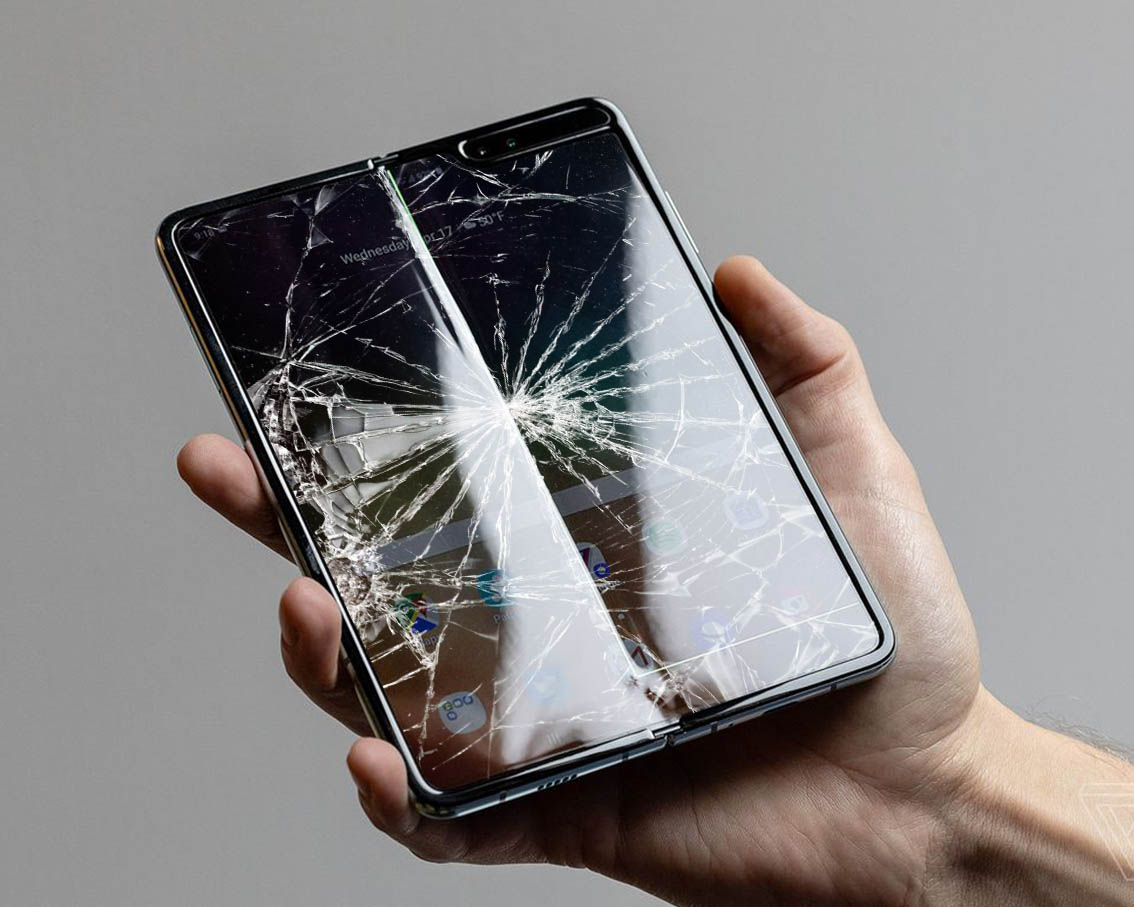 Let’s rewind to a month ago. A younger, more naive, Fixerman awaited the release of the promising Samsung Galaxy Fold with wide eyes and high hopes. The anticipated release date of April 26th was marked on all our fellow tech nerd’s calendars. Now fast-forward to the present, Samsung announced an indefinite delay, just days before the launch, following a number of complications users experienced with the review units in the US.

Upon unboxing any smartphone, there’s always a flimsy screen protector you’re just itching to peel off. It really adds to the novelty of unearthing your new phone. Underneath this plastic, the Galaxy Fold had another permanent plastic layer that was glued on to protect the inner OLED display panel. Several users mistook this for an additional temporary sticker and peeled it off their review units, oddly, not without difficulty. Users stated that the protective later already had a lip or creased edge that inclined them to peel it off completely. The display eventually fizzled out.

Other units seemed to fail within the first few days of normal use, for no obvious reason. Some users complained about debris gathering underneath the inner display through the hinge. To top off the hardware fiasco, users are noticing the apparent screen bulge over the hinge upon unfolding the device.

The fundamentals of Samsung’s patented fold lie in its robust hinge mechanism. Samsung’s specialized stress testing machine showcased that the Galaxy Fold could outlast up to 200,000 folds and unfolds. The same hinge could be the Achilles heel of this device. The crevice along the hinge seems to be a worrying passage for gathering debris. There is another small, yet crucial, 7mm gap at the bottom of the spine where it folds – just between the screen and the phone – that demonstrates its further vulnerability to dirt and dust.

Upon the first glance, Samsung’s inner folding technology felt like an obvious winner in terms of protection, when comparing it to the outer folding of the Huawei Mate X. A screen folding on the outside is undoubtedly prone to more wear and tear. Although Samsung’s screen might be primarily protected, the inner fold may prove to be more inviting to dirt and dust upon practical implementation.

Samsung addressed the confusion surrounding the protective screen in their official statement, assuring to “enhance the guidance on care and use of the display including the protective layer so that our customers get the most out of their Galaxy Fold.” As for the other complications, Samsung is set to reestablish themselves with a non-committal timeframe.

Despite Samsung’s delay, Huawei is set to release the Mate X in late June this summer –the new front-runner for this generation of foldable smartphones. The delay might be a disappointing move to customers that have already pre-ordered the Galaxy Fold, but a definitive one. Samsung might miss out at the start of the race, but like we’ve said before, it seems that they refuse to compromise on durability.

The review unit failure could at worst mitigate purchasing momentum, but at best, be a very small price to pay to prevent what could have been a disastrous, half-baked, wide release. Samsung is no stranger to the latter, arguably still recovering from the embers of the Samsung Galaxy Note 7 total recall, but its credibility recovered almost unscathed. In the company’s first, Samsung opened up to the third party auditors and announced a quality assurance program to the public. With rigid accountability, they deep-dove into the root of the problem, and most importantly, maintained sincere candour and communication with their consumers.

So don’t be too quick in writing this one off. We stand behind tech that takes pride in innovation and risk, while remaining answerable to its consumers.

An official release date for the Samsung Galaxy Fold will be announced in the coming weeks. You best believe we’re marking our calendars again!

Samsung’s official statement regarding the delay can be found below: 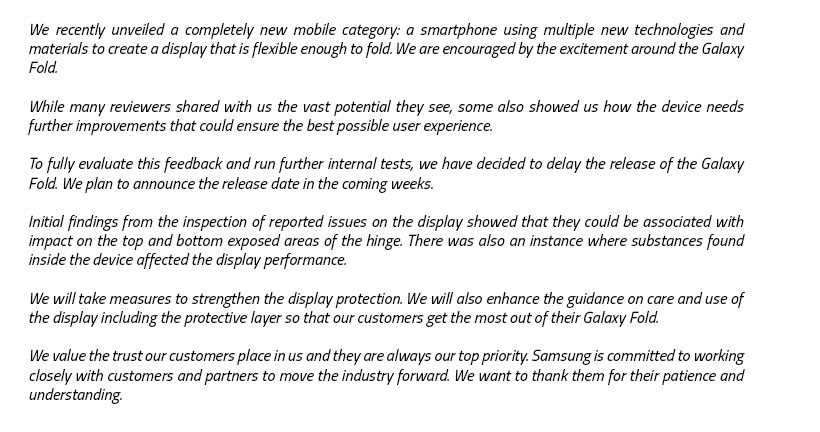 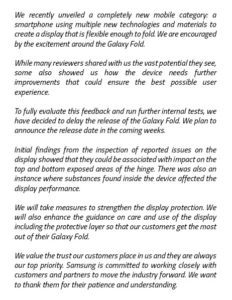