Huawei Mate X vs. Samsung Galaxy Fold: Welcome to The Flip Side

Huawei Mate X vs. Samsung Galaxy Fold: Welcome to The Flip Side 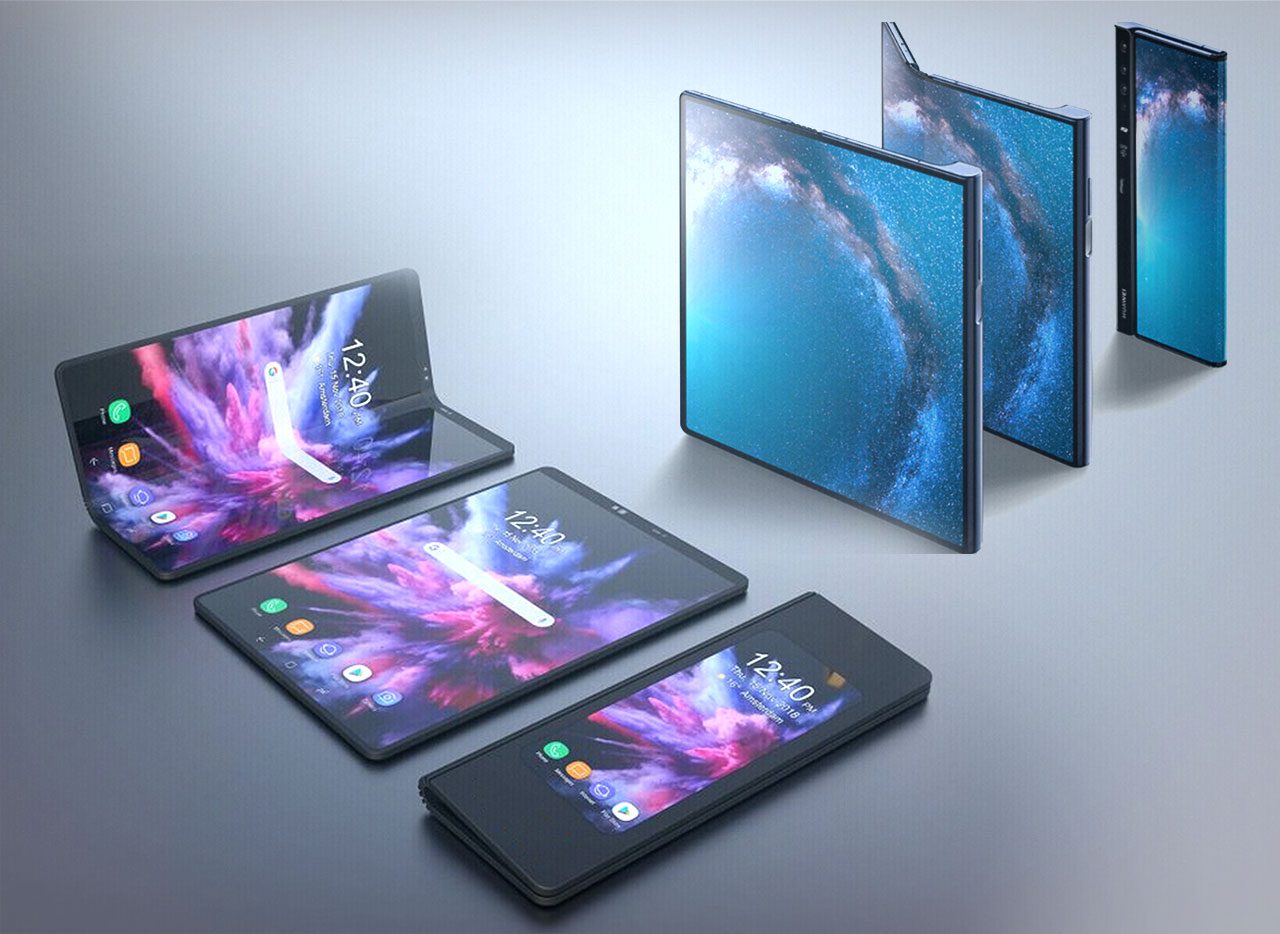 Two of the biggest tech giants are going head-to-head with the first of its kind foldable smartphone technology. Let’s dive right into it.

Samsung and Huawei have taken two different ways down the foldable route. The Galaxy Fold is an “innie”, where the 7.3-inch foldable display is on the inside. A narrow glass screen on the exterior is available to use when closed. The open display is slightly interrupted with a notch for the cameras. Samsung’s hinge design has resulted in bezels that might seem too bulky for 2019, but valid in its purpose to maintain durability. By comparison, the Mate X is an “outie”. This 8.0-inch seamless panel folds to produce two outward-facing displays, only 1.1cm thick.  A sidebar houses the cameras and makes for an easier grip. Based on design alone, Huawei emerges a triple threat— one aesthetic screen that can be used in three different ways.

Both phones have opted for curved folds to minimize screen creasing in this first-generation technology. While Huawei’s design is sleeker and more futuristic, the plastic screen folding outwards will undoubtedly endure more wear and tear. So, this is definitely not a device you would want to toss on your bed and hope it doesn’t bounce off the edge. We’re anticipating a new wave of phone cases and screen protectors to hit the market, with innovative engineering to adapt to the new trend of foldable smartphones.

The Galaxy Fold boasts a total of six cameras, in case you weren’t feeling your look in just one. Both front and back cameras can be utilized at any configuration of fold. The Mate X lacks a front camera when it lays flat. Upon folding, the rear camera can be used for comparatively high-quality selfies. This implementation also allows the people in front of and behind the camera to simultaneously see the same thing. No more complaining about how your friends don’t know your angles! The Samsung Galaxy Fold demonstrates to be highly responsive through the power of app continuity. The three-way split screen allows you to scroll through your email while catching up on that YouTube video you’ve been meaning to watch, all while never leaving the group chat.

Both phones operate on a dual battery setup – one on either side of the fold. The Mate X has a larger battery at 4500mAh and claims 85% of charge in 30 minutes with its 55W Supercharge. The Galaxy Fold runs at a slightly smaller capacity at 4380mAh but seems to have less usage as the larger screen powers off when folded. Samsung has the upper hand with wireless charging as well as Wireless Power share to charge your other devices, something we haven’t seen with Mate X yet. Especially handy when you and your siblings always seem to end up with one charger on rotation.

The Huawei Mate X seems like something straight out of a Black Mirror episode. A winner by design and experience, but also starts depreciating the day you take it out of the box. The Samsung Galaxy Fold might be slightly awkward to hold and chunky in our pockets, with some serious early-2000s flip phone vibes. Yet, keeps us assured that even at such high-stakes, Samsung refuses to compromise on practicality and durability.

And what about the repairs of these revolutionary tech gadgets?

Currently, there is no information on the repair of these phones! But, it’s only a matter of time before we find screen guards, mobile covers and other accessories.  This also gives the tech industry time to prepare themselves for repairing of foldable phones i.e. Huawei Repair and Samsung Repair services.  We also upgrade our gadgets for Screen repairing of Huawei Mate X and fixing Samsung Galaxy Fold devices in Dubai.

So, you can either purchase the Samsung Galaxy Fold for around AED 7,300 on or after April 26th or the Huawei Mate X mid 2019 for around AED 9,500 or you could just fold the money and put it back in your wallet. We’ll let you decide.