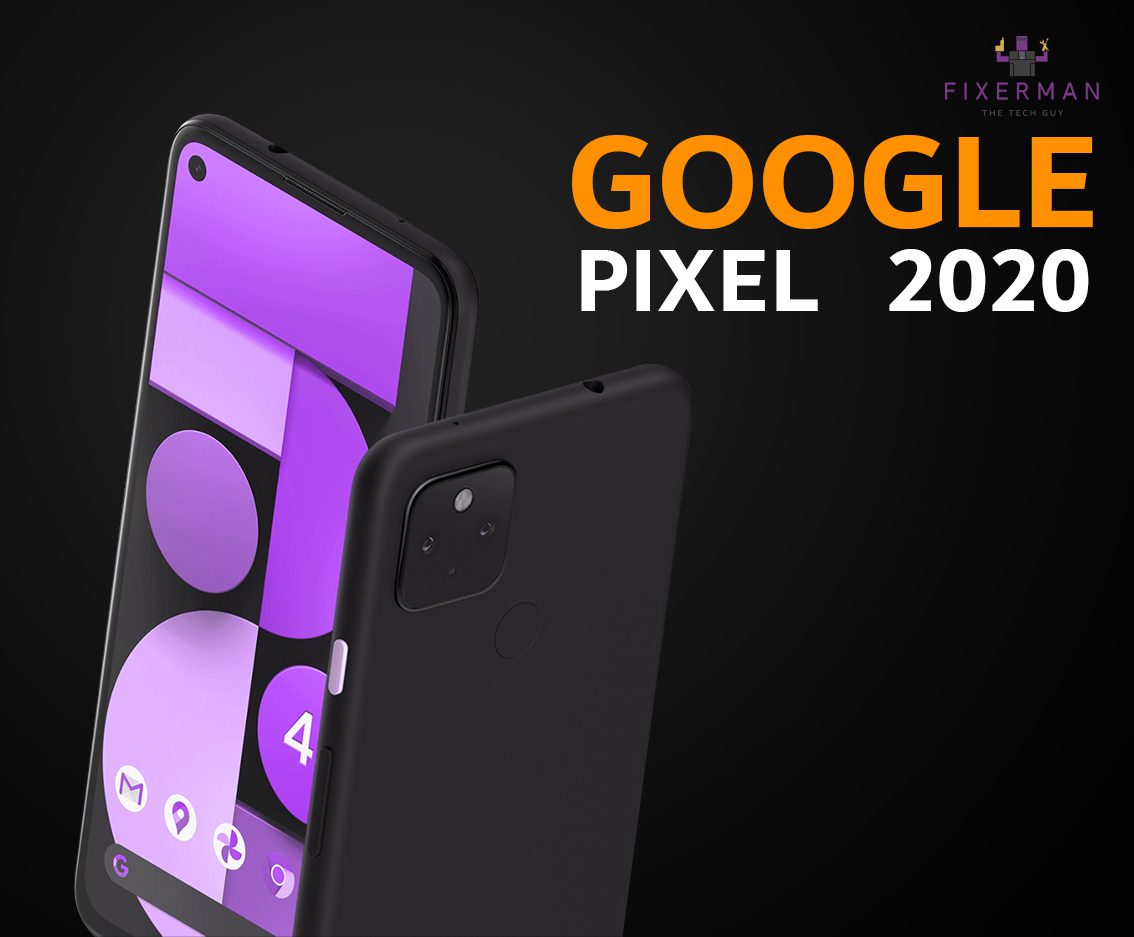 Tech-tober continues to bless us with more and more gadgets each week and now it is Google’s turn with two brand new Pixel’s. In addition to two new different sizes, this year Google made two different phones – Pixel 4A 5G ($499) and the Pixel 5 ($699). Google is not trying to beat the flagships with the Pixel 5 and it is not exactly breaking new ground with the Pixel 4A 5G, they are both excellent phones but will not blow you away in terms of hardware features, speed, or price and even in terms of camera. But since Google is not over reaching, this also means that none of these phones will let you down.

The pixel phone is not flashy, but Google never wanted that, these phones feel simple and are simple looking with matte finishes, slightly rounded corners, square camera bump on the back and a rear mounted finger print sensor. The screens are flat on both devices, with big round cut outs for the selfie camera inside the front screen. The design is pretty clean and classic, but perhaps not up to the premium looks that other flagships are flaunting.

While both devices are pretty similar in design aesthetics, there are some subtle differences when you look at them closely. The Pixel 4A 5G has 6.2” display and has a plastic back but feels smooth on the hand, however the fingerprint sensor on the back barely has a recess and can sometimes make it hard to find. It also has a headphone jack, comes in only two colors – black or white. When it is held against the Pixel 5, it becomes more evident on the areas Google decided to save costs. The bezels on the 4A 5G screen are a little bit bigger and they are not entirely symmetrical on top and bottom and despite being the bigger phone has a smaller 3,885mAh battery as opposed to a 4,080mAh on the Pixel 5.

There is a 200$ difference between the two devices, however they share the same processor, cameras, storage, and software which means the only reason to go for the Pixel 5 are small subtle reasons. The Pixel 5 objectively feels nicer over all, especially to touch and has a 6” screen with an aluminum body. But, since Google is more utilitarian, it has covered this aluminum with a sort of plastic coating, which provides a little more grip and provides a sparkle in good lighting, and finally unlike the Pixel 4A 5G, it has a fingerprint sensor that you can actually feel. The Pixel 5 also has stereo speakers, technically, because one of those speakers are a panel audio speaker which functions by literally vibrating the screen to make sound. It functions well for phone calls, because it means that you can put your phone anywhere but for watching videos or gaming, it translates to having one speaker being weaker. The Pixel 5 also gives you wireless charging, IP68 water resistance, 90Hz refresh rate, 8GB of RAM and is available in an additional sage colour instead of the black and white. Overall, it is just nicer feeling device in general including smaller bezels and uniformity all around the screens.

While the Pixel 5 is the preferred device out of the two, the $200 extra for the Pixel 5 is for the ‘nicer feeling’ not necessarily the performance. Both these phones have a Snapdragon 765G processor, which is not the fastest Qualcomm chip, but it might actually be the best chip with the right balance of performance and battery like with 5G. Despite not having the biggest batteries in their class, heavy usage tests have repeatedly shown comfortable, and in some cases impressive all-day performance. Google also added an extreme battery saving option that turns off a bunch of apps running in the background unless its not on the approved list. The speed and performance are fairly smooth and thanks to the Pixel 5’s 90Hz refresh rate, things like scrolling are easy on the eye. Google’s version of Android as always is still clean and easy to use, along with the fact that you get Android 11 out of the box. Google is also jumping on the 5G wagon that all major manufacturers are getting on in 2020, however unless you are extremely lucky to be living in an area with the 5G infrastructure in place, it is extremely unlikely that you will be able to experience any of the eye watering speeds that they hope to offer and in most cases current LTE is sometimes even faster. Finally, Google also dropped the Pixel Neural Core photo processing chip, which means that all the photo processing happens on the main processor, which as we know, is not the fastest. So, you have to wait quite a bit for processing, so the shutter is really fast, but the image processing will keep you waiting.

The Pixel camera has always been the key strength of this Google device and the new thing this year is an ultra-wide camera instead of the telephoto one. The good thing is that the camera is once again as good as they always have been on the Pixel, but this also means that there is not much improvement from the previous iteration of the Pixel. There are slight changes on how the images are tuned, and there are a few new features and an improved video format, which is primarily where the Pixel lacked, but overall there is no groundbreaking camera features or upgrades and the other flagships have pretty much caught up. The Pixel still has the same 12MP lens that it has been using since Pixel 3 and Google says that it allows them to adapt their algorithms on the same platform. The pixel cameras are still excellent overall, they are well detailed and contrasty, they still perform exceptionally well in low light conditions and night mode, but this year Apple and Samsung have produced results a little bit closer to the Pixel. Google has also hade night mode automatic now, so you will not have to switch over to a separate mode to use it, but you have the freedom to turn it on and off as you wish. For portraits, Google has this new feature that lets you adjust a light sources position and intensity virtually and it is fantastic. The new ultrawide camera is 16MP and like on other major flagships, you can see the drop in quality, but nothing too noticeable. However, you still cannot shoot 4K with the ultrawide, and the telephoto quality takes a small hit compared to Pixel 4. The biggest upgrade in the camera department is in the video, the Pixel can do 4K 60fps but not 4K 24fps, and it also comes with a new in-built stabilization that is good enough to be left on all the time. There is also three other separate stabilization modes at your disposal; Locked, which keeps the image in frame and steady like on a tripod; Active, which is for when you yourself are also in motion, like riding a bike; Cinematic Pan, which is basically slow-motion with extra stabilization but will drop you down to 1080p. Overall video quality has improved and its algorithm makes good calls in focus and lighting, however it is not as good as the flagships, but for still photos Pixel still remains the best camera on a smartphone out there with it’s pixel look, the overall quality and the low light performance.

It is not usually normal for a phone to take a step backwards in its technology for a new device, but Google has done that with the Pixel 5 with the ambient EQ in the display, Face ID, the Soley RADAR gesture feature and Google’s custom Neural Core image processing chip are all gone and they have all been replaces with simpler technology. The main reason Google downgraded is to primarily bring the cost down, which is not the worst trade off because these technologies are still very reliable. Last year’s Pixel 4 struggled to compete in the top end of the market, so with this downgrade, Pixel is aiming for the mid-tier section of the market instead. However, there is huge competition in this space from Samsung, One Plus and now even iPhone who all offer more in various other attributes. In the end, if you are an android lover, then Google has great phones for you in 2020, it has nailed the fundamental with a great software experience and sold camera and all provided in a reasonable price point. Tell us which Pixel phone you are most excited to have!

Apple Event: The New Line Up