Surface Pro: Are they worth it? Fixerman Tech Blog 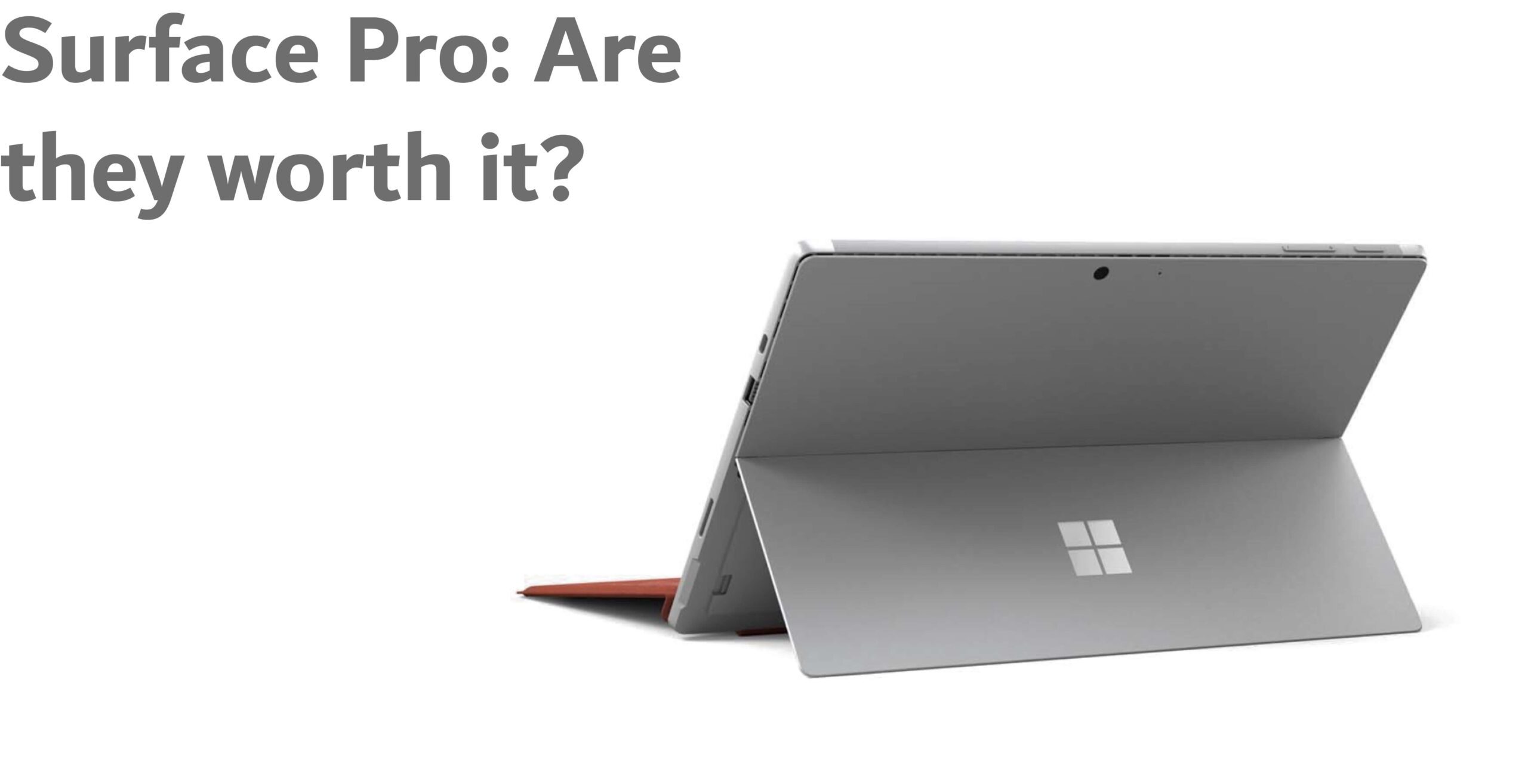 Right off the back, there is a 13” displays inside the same 12” chassis essentially that we have seen on the Surface Pro in recent years. The bezels on either side of the display have been slimmed down, even the top bezel is slimmer while still having the windows hello intact. The bottom bezel is almost invisible because the type cover pushes against it when attached, so the display looks considerably better than the previous models of the Surface Pros. The display resolution is itself 2880 x 1920 and is still the same 3:2 aspect ratio that we have seen on pretty much every surface device. There is a lot of interesting hardware specs that we could talk about however the main thing that you need to know is what lies underneath powering this device – the Surface SQ1 processor.

The SQ1 has been co-engineered between Microsoft and Qualcomm, which means that this device is an ARM-powered Surface Pro X. We have seen ARM powered devices over the years and what it essentially functions as is a smart phone chip inside a laptop which should translate to getting the benefits of the smart phone world, in the PC world. What that could mean is an all-day battery life and an integrated LTE connectivity, which translates to a device that you can literally use anywhere on the go. Microsoft has also done some interesting things in the device with Qualcomm on the GPU that is integrated onto this chip. The GPU is essentially a 2.1 teraflop GPU, in real world terms, that is essentially equivalent to the power of an Xbox One console however that does not mean you can run Xbox games on the device but what it does mean is that it can do graphics and slightly intensive tasks. You cannot also open games on here, which are some of the restrictions on the ARM based platforms as they do no support open GL games and some apps for example like Dropbox that integrate into the folder structure of windows will not also work. There are some of the limitations that you have to consider before considering buying this device.

The other major hardware change here is the Surface Pen. The new ‘Surface Slim Pen’, as its name suggests is a slimmer, flatter, and sleeker version of the pens we have seen before from the Surface line up. This new design aesthetic has a great utilitarian feature as it neatly docks in the top of the keyboard were it also charges, when you actually undock it the software will send prompts to ask you if you want to use a white board or screenshot etc., which is new to the Surface experience as well. The other main change on this device is that you will be able to remove the SSDs on this Surface Pro X. How this will work in principle is that for commercial customers who want to swap out their SSDs, it is going to be great for them, but also on the consumer side of things if your device fails, like an SSD fault, you will essentially be able to take it to Microsoft or Fixerman who can easily swap it out for you and replace it. The Surface Pro X specs start at 8GB RAM and 128GB storage, which can also go up to 512GB storage and 16GB RAM, the prices start at AED 4,199 and goes all the way up to AED 5,699. In terms of ports, you will not fid an USB A ports, two USB C ports on the side by the volume rocker and no other ports aside from the Surface Connect, which they have kept from the previous models. Finally, no headphone jack, so you will need a Bluetooth headphone to listen via an earpiece.

Microsoft also has the new Surface Pro 7, which looks pretty much same as the previous versions and primarily because the real changes here are on the inside. Microsoft has updated the Surface Pro 7 with intel’s 10th generation processor, what that means is that you will be able to select between the i3, i5 and the CORE i7 as well, which is pretty similar to the options we have seen on the Surface Pro before along with better battery life, improved performance and all the things you would expect from a new intel chip. The Surface covers remains pretty much the same with some new colors been added but the major hardware change on the device is that Microsoft has added a USB C on the Surface Pro, so while we got two USB ports on the Surface Pro X this particular has a single port in place of where the mini display port was the year before and a headphone jack! In the portfolio you will get 4GB RAM which can go up to 12GB and also the base 128GB storage which can go all the way up to 1TB. The pricing will start at AED 4,480 and can go all the way up to AED 7,419.

In conclusion, the new surface line up are definite upgrades from the previous models in every department, looks, performance and battery, however they come with a very heavy price tag. The 2 in 1 form factor was an interesting concept when Surface was originally launched and there is still some argument to be made here about its utilitarian purposes of certain people, but ultimately comes down to you as a consumer and comparing the more traditional laptops available in the same price range. The new Surface Pro X is the more interesting one, while it certainly delivers on many fronts, it still feels like the best Chromebook ever, the limitations of the ARM based computing does not quite overcome its pluses to be looked at as a competitor to laptops in market out there or even the iPad Pro. The heavy price tag also means that you will have to be a very keen Surface fan to want this device in its first iteration, overall, great products but not the best in class.