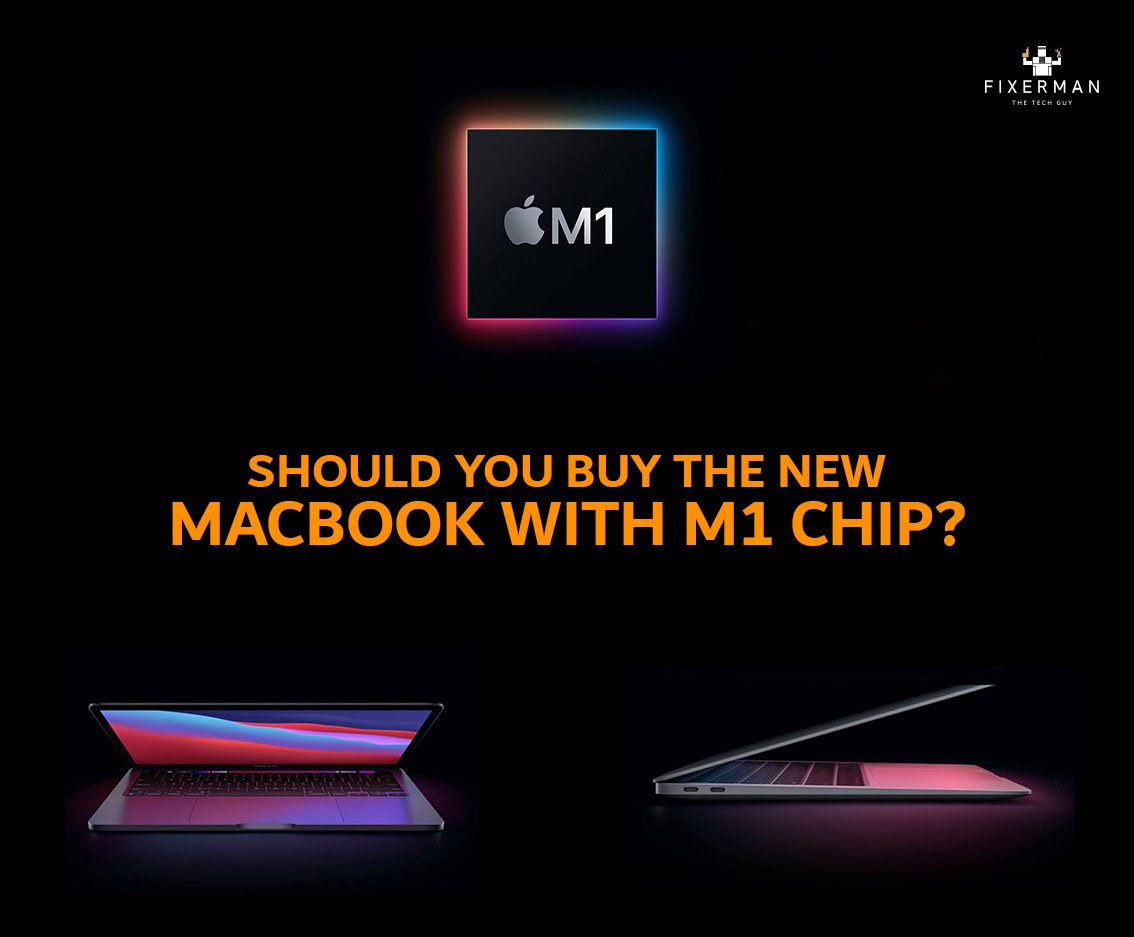 Tech enthusiasts and MacBook lovers have been waiting for years for this to happen and it is finally here. The new normal looking MacBook Air has something completely new inside, an Apple M1 processor instead of an Intel processor. This transition is a very big deal and Apple has made huge claims. The new entry level MacBook Pro also comes with an M1 processor under the hood. Before we get into the full review, lets lay some groundwork.

Apple is making its own processing chip now using the same technology it uses for iPhone and iPad chips. This means that these Macs pick up on those things that the Apple is good at on those computers – being very fast while ensuring great battery life. This also now means that they can run iPhone and iPad apps, which is quite interesting but there could be potential hiccups. These are ARM processors, which are a completely different instruction set than an intel processor, what that essentially translates too is that apps that are designed to run on Intel cannot run on ARM, you will need special translation software. On Windows, the Microsoft solution was emulation, which means that intel apps are slow, and they kill a, what would otherwise had been, a great battery life. On these Macs, Apple has a translation layer called Rosetta Two, these interior specs are important to know when you push these machines. But, in just regular day-to-day use, you will not have to worry about any of it, because these computers are fast, no matter what kind of apps you will be using.

This MacBook Air is the most impressive laptop you will have had used in the past couple years. You will not be able to find a single performance complaint, you will be able to run as many apps as you want to do things on this computer that would have not been possible with your old MacBook Air. It is able to do all this despite being completely different on the inside, there is no fan on this MacBook Air and Apple has gone further than just simply swap a chip out. Apple has changed the way the RAM works, and it has one big pool of memory for both the CPU and the integrated graphics. There is also a ton of technical changes on the logic board and none of it is even a problem. Everything is seamlessly good and fast and despite heavy usage, it never really even gets hot. This computer is able to do things that can give big heavier computers a real run for their money.

The story is pretty much the same in the MacBook Pro. In fact, the day-to-day performances and shorter benchmarks, the results were the same as the air, but since the pro has a fan it does not pull back on performances to maintain temperatures. To get this thing hot enough to kick on the fan, you will have to run the multi-core Cinebench test on loop for nearly 10 minutes, and even when the fan came on the performance never really dropped.

Apple has made some huge claims in the battery department. 20 hours of video playback on the MacBook Pro and 18 hour of video playback on the MacBook Air. Video playback is easy, the real number is that you get 50-100% better battery life than the previous Intel based models. The numbers perhaps do not reach the numbers claimed but it comes close, this is also largely because Apple most likely does not test with Chrome, which is always and continues to be a battery drain on the device. The MacBook Pro has a bigger battery, and you will get no problem in getting 10+ hours of use out of it. The MacBook Air also lasted nearly 8 hours and 10 hours on a normal day with lower usage. Once even more apps are running natively instead of through Rosetta, you can potentially expect even better numbers.

It may sound like we are shocked with this device and it is because we genuinely are. We have seen processor transition before and they are usually pretty rough and even when they go very well there are exceptions and issue, however this one does not seem to have any. These are Apple’s entry level machines, with first generation M1 chips in them. What is really impressive about that is that the smooth performance you see with the heavy games like tomb Raider and Adobe apps have not been coded yet to work with this ARM-based M1 chip, it is all currently being translated through Rosetta Two. See what happens with these apps that expect an Intel processor is that when you launch them, Rosetta just translates them into ARM code and they just run. Unlike Windows emulation for ARM which was significantly slower and buggier. In fact, even the Geek Bench score for these apps is pretty good despite being not even designed for this chip, which is pretty impressive.

If you are a professional who needs to do real hardcore things through your laptop then this will not necessarily be better than an Intel chips with separate and serious GPU. However, if you are just looking to get a basic laptop like the MacBook Air, Apple has nailed it. Unless you do something that requires 10 minutes of sustained processing, you should buy an Air. The premise otherwise is just too similar, it only has two thunderbolt ports and the annoying touch bar, although it des have slightly better battery life. However, apart from that, the Pro does not really quite justify the $300 price premium.