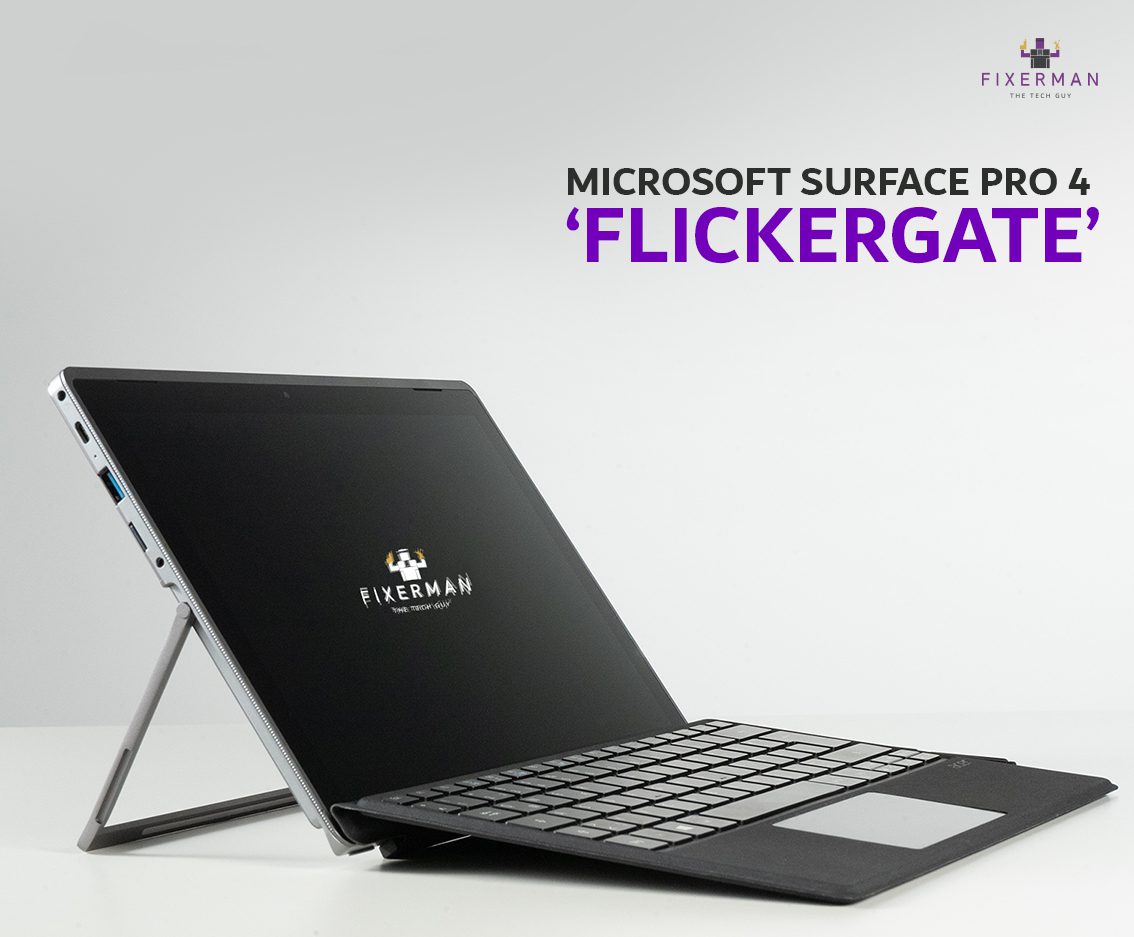 After nearly a year of purchases, hundreds of Surface Pro 4 owners began complaining about a screen flickering issue on their relatively newly purchased premium tablets. A look into Microsoft’s open forums reveal that the issue had been occurring for more than year with increasing frequency and users were upset that most devices had already been out of the one-year warranty period.

A Microsoft spokesperson later confirmed that they were aware of the screen flickering issue exclusively on the Surface Pro 4 range and that it was down to a hardware issue which occurred as a result of the heating up during use. This also meant that the issue would not be able to solve with a simple software update. Microsoft also estimated that it is currently affecting approximately less than 1% of all Surface Pro 4 devices.

In response to this, a huge amount of internet videos surfaced that suggested ‘freezing’ their devices to temporarily stop the flickering. Many claims were made by various users about how the issue can be stopped for about 30 minutes with 10 minutes in the freezer and others claiming the flickering stops immediately once in the freezer. Microsoft currently recommends all owners to reach out to them directly to fix the issue, however in most cases the problem starts to arise after the warranty period making the out-of-warranty-exchange solution a rather expensive one for many owners.

The Surface Pro 4 issues also resulted in the removal of the “recommended” badge by various Consumer Reports in the same year as a result of the hardware being found to be less reliable that other PC brands in the market at the time. Microsoft was already facing issues with the Surface book’s ‘sleep’ function and a battery failure issue with the Pro 3 as well.

There was a class action suit that was being investigated but nothing has been filed and for the time being, affected owners will have to replace the units or try to get their devices themselves. Which can be quite challenging, as the Surface Pro 4 received a score of 1 and 2 out of a possible 10 on the iFixit repairability scale which means it can be quite difficult or even nearly impossible to repair them yourselves.

However, as residents of the UAE a better solution currently exists – Fixerman. If you currently own a Surface Pro 4 that has a flickering screen issue, you can reach out to us and we shall fix the problem permanently. It certainly does not involve freezing, but rather a smarter and more tested solution of replacing the screen with that of a Surface Pro 5 screen. The dimensions of the screen are similar, allowing it to be seamlessly replaced without any visible changes, while simultaneously receiving a permanent solution to this frustrating problem.

Simply reach out to us to receive a quote, then sit back and relax while one of our experts take care of your device and hand deliver it you back to you without ever having to leave the comfort and safety of your home!