iPhone 12 Line up - Spoiled for choice, which one should you buy? 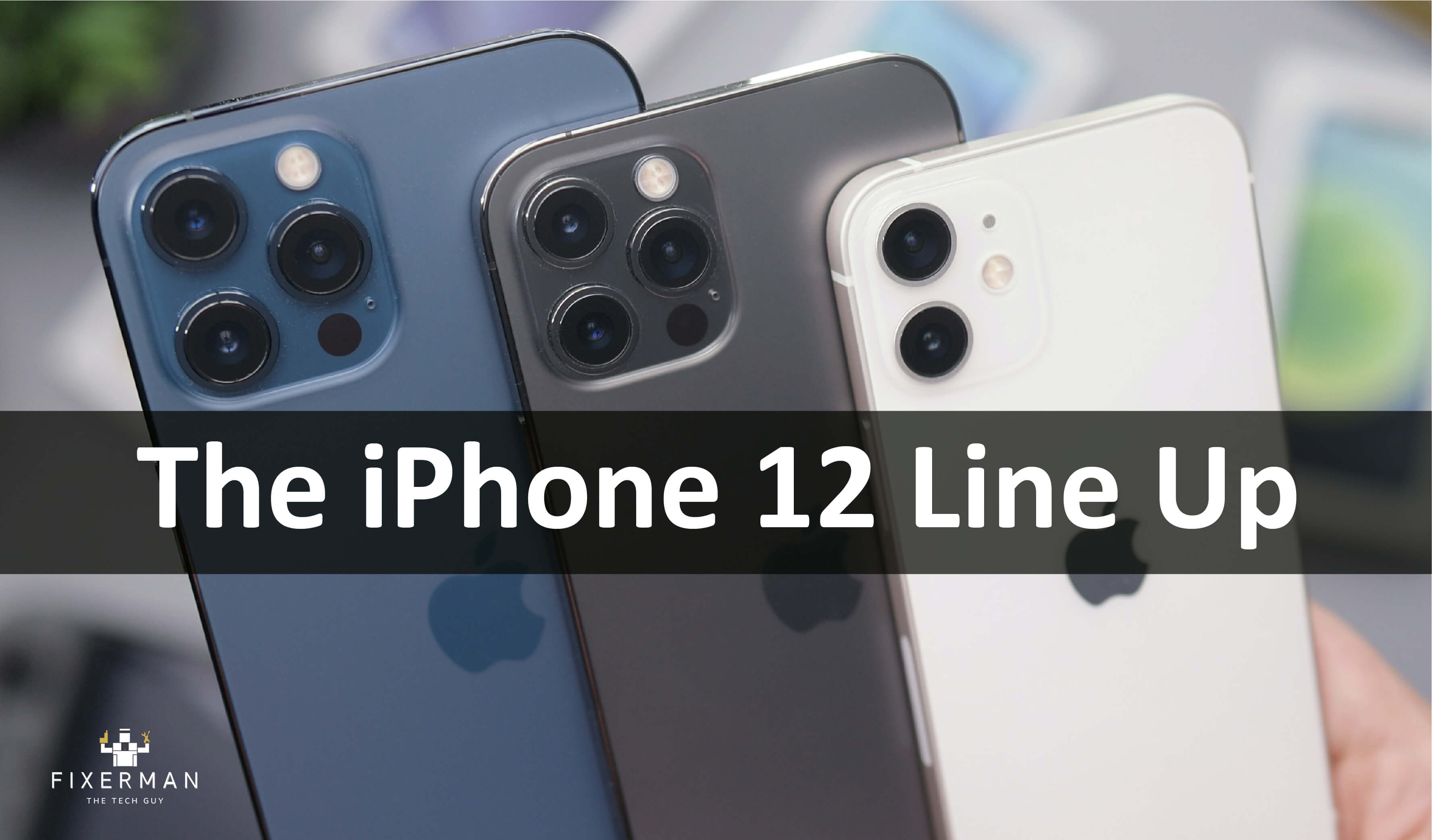 The new iPhone 12 line up has range, it includes the largest iPhone Apple has ever made to one of the smallest it has made in years. Let us take a quick look at all the new phones Apple has to offer and what sets them apart!

Let us start with the iPhone 12 mini, fundamentally it is the iPhone 12 but just smaller, it has the same processor, same camera, same design, same everything. The difference comes starting with the display, instead of the iPhone 12’s 6.1” display the iPhone 12 mini has a 5.4” screen. While the screen sound may sound bigger than the 2020 iPhone SE or even the iPhone 8, Apple has actually made a smaller phone because it has adopted the no bezel design that was introduces with the iPhone 10. The result is something that is really small by the standards of a 2020 flagship. The mini is also Apple’s cheapest 2020 flagship iPhone and it starts at AED 2,999 and comparing that to last year, where Apple’s default cheap iPhone cost AED 2,500 with a 6.1” screen and if you wanted an even smaller iPhone which was still at 5.8” screen you had to shell out nearly AED 3,500 more for an iPhone 11 Pro.

So, what is it like to hold an iPhone 12 mini? The answer is that it is pretty nice and just as advertised, it is a small iPhone. It still fits really nice in your hand, the hardware is great, the screen is still great, all the goodness of an iPhone just in a smaller package. At first, it may get some time getting used to hold, especially if you are already a current iPhone user, chances are that it is much bigger than the iPhone 12 mini, but despite the smaller size, all the software still looks normal because Apple hasn’t put a smaller screen on here, it is just a smaller body. There are a few things that do take adjustment, especially if you are coming from a bigger iPhone, things like typing on a screen this small, will definitely going to take some time getting used to. However on the flip side, there are some things that are really nice, like swiping down the top of the screen to get to the control center form the notifications, which you can actually do with one hand without stretching your thumb all the way across the screen.

For the first time since iPhone 6, Apple can arguably say it has made a one handed iPhone again that almost anyone should be able to use without having to juggle it between two hands. There are some pretty obvious concerns, a smaller size unsurprisingly means Apple has had to put a smaller battery, this coupled with the fact that it has 5G and OLED panels, there is certainly some level expectation that you could potentially see lower battery life on this device.

Moving on to the complete other end of the spectrum is the iPhone 12 Pro Max, which houses the biggest screen on iPhone ever with a whopping 6.7” screen. This phone is massive, and if you have a chance to put the iPhone mini up against an iPhone 12 pro max, it is quite hard to believe that at the core that they are basically the same iPhone. Unlike the 12 mini which is basically a smaller iPhone 12, the 12 pro max has one big difference between it and the regular 12 pro. Apple is taking advantage of the bigger size to introduce a brand new camera system with a much bigger main sensor and a new telephoto lens. Given how good the iPhone 12 and 12 Pro cameras is this is really exciting to see this additional specs on the 12-pro max. Even someone with fairly large hands, it is still going to be quite hard for you to reach the top corners with a single hand, it definitely a two-hand tool. It can almost be deceptive of you see it on it’s own as proportionally it just looks like an iPhone, but as soon as it is viewed in comparison to another iPhone you can immediately see just how big the 12 pro max is. The 6.7” display does indeed look very good; it is essentially a huge OLED screen making it excellent for watching movies or YouTube videos. Despite the big size, it is surprisingly not overtly heavy, it is still comfortable to hold.

The other interesting, yet disappointing thing is that Apple is still not entirely taking advantage of the new big size. Unlike most super-sized android phones, there is still no way to run apps side by side on iOS. iOS 14 now has a new picture-in-picture option but still feels like Apple is still only just scratching the surface over here. Right now, functionality wise, it is still fundamentally the same iPhone that has been scaled up to giant proportions. Apples new design language for the entire iPhone 12 line up does help the iPhone 12 pro max slim down a little bit too, the squared off design helps it fit comfortably in your hands and the very grippy stainless steel makes it easy to hold (but fingerprint-y).

The iPhone 12 Pro max is just a really large iPhone, and at just a AED 400 more than the regular one if you are someone who likes really large phones and appreciates the new camera system, then there is obvious reason for you to purchase this one.

With this year’s lineup, Apple has now settled the new default for iPhones, which makes the phones like the 12 pro max and the 12 pro minis are outliers specifically for people who want a smaller or bigger device. That also means that this year there is more choice than ever before, and more choice is always a good thing.