The New iPhone 11: Apple Puts the Pro in Promise!

The New iPhone 11: Apple Puts the Pro in Promise! 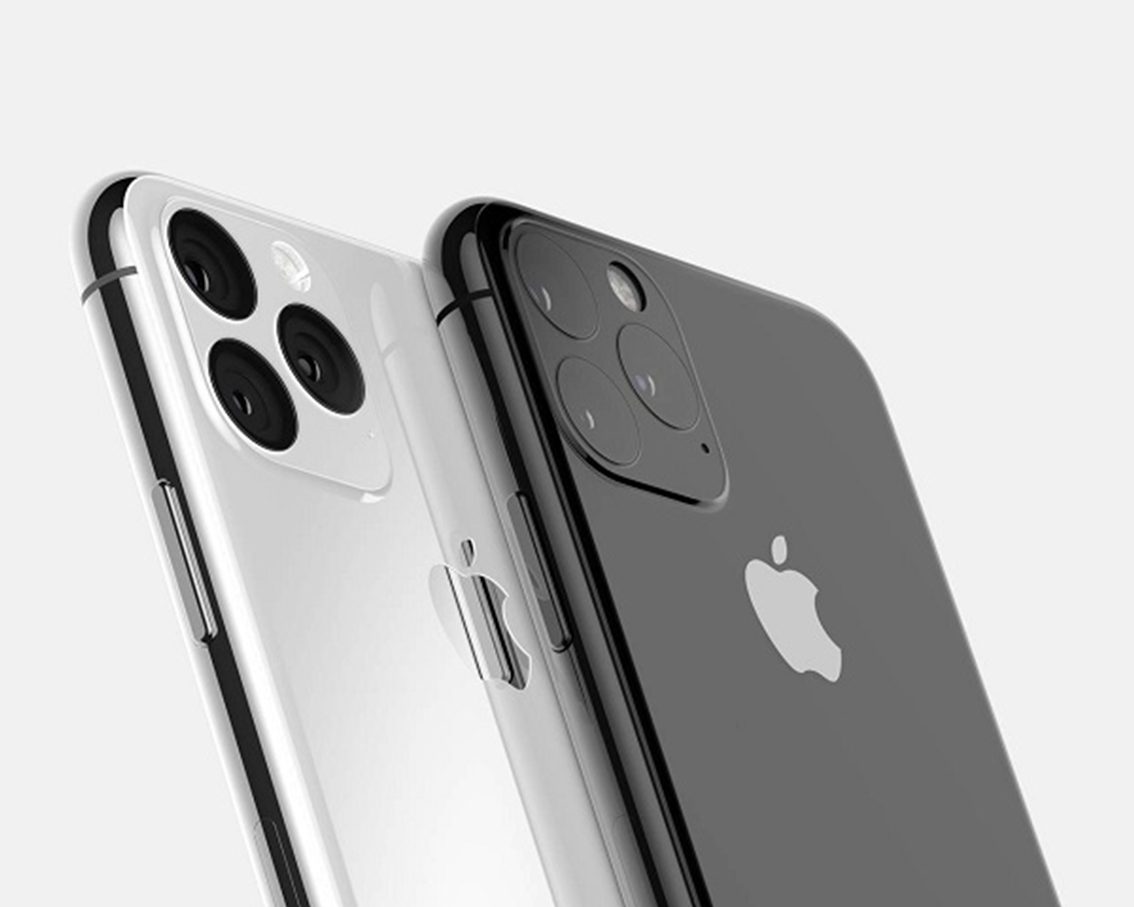 Early September marks the harvest season for apples, with a lot of mouth-watering varieties such as Granny Smith, Red Delicious, and Fuji. But at Fixerman, there’s only one type of apple we’re interested in, the kind that is so close, you can almost taste it from all the ongoing buzz and chatter in the air, it’s the Apple iPhone 11 series.

Apple has sent out invites to the media for September 10th, this year’s date for the annual event, tagged “By Innovation Only”, hosted at the Apple headquarters in Cupertino, California, where a lucky few get a first look at what Apple has to offer to close out this decade… by invitation only. Alongside the iPhone 11 series, Apple is rumoured to potentially launch the new iPad Pro and the 16-inch MacBook Pro. It has still not been confirmed if we’re getting the Apple Watch Series 5 this year, but there are rumours that Apple might release a new titanium Apple Watch along with the existing ceramic model. As for the iPhone 11 series, it has been speculated that Apple might release colourful models in hues of lavender and green, a pleasant departure from the typical device-neutral shades we see every year. These are new additions to the coral and blue tones we saw in 2017. Could this be a nod to the original rainbow Apple logo from almost 40 years ago, or even a more recent throwback to the quirky looking iMac G3 from almost two decades earlier? Either way, we’re ready for Apple to break our necks with some flair.

iOS 13 was unveiled at the Worldwide Developers Conference (WWDC) earlier this summer and is set to launch with the iPhone 11 series. A leaked document confirmed that all three models of the 2019 iPhone series will run iOS 13.0 out of the box, and iOS 13.0.1 will be launched closer to October as an update, followed by an anchored release of iOS 13.1. The series will most likely compromise of a line-up of three devices: two OLED and one LCD variant. The high-end version would have a starting price of around $999, and go up with a larger screen and memory upgrade. The low-cost option would be expected to start at $749. Here’s to hoping!

What do you think Apple is going to name the last series of this decade? Apple has set the tone over the years, not being the type to deviate, they’ve left us with limited options for the 2019 series, so it’s not that hard to go wrong with this guessing game. They’ve first brought us “Pro” with MacBooks and then with iPads, so would it be likely that Apple is going to go with “iPhone XI, iPhone XI Pro, and iPhone XI Pro Max” or “iPhone 11, iPhone 11 Pro, iPhone 11 Pro Max”? We can’t decide which has a better ring so we’ll leave that up to you.

Bloomberg reported that the iPhone 11 will come with the latest shatter-resistant technology yet, as Apple has been working to improve the durability of its iPhones, after the noise surrounding Apple’s increased prices and high repair costs, which saw its peak with the iPhone X in 2017. Repairing a shattered display screen on the iPhone X costs around AED 650 while the back glass runs up to a hefty AED 349. We’ve heard Apple is working on developing its own sapphire glass, along with improved shock and water resistance (for depth and time submerged). We hope that whatever Apple has cooked up in the lab right now, is ready to match the likes of Gorilla Glass 6 as seen in Samsung Galaxy’s S10 and S10 Plus, which can withstand up to 15 drops of 1 meter! Even Motorola implemented the impressive Shattershield technology, but the trick is using plastic instead of glass, and we doubt that Apple is diverging from its iconic glass display anytime soon. Increased durability could save you a pretty penny in the long run, especially since we know that top quality iPhone repair in Dubai doesn’t run cheap.

Apple could have advanced on shatter-resistant technology a few models ago, so why did they start now? Is it because users are going to be handling their devices without a phone case? Now why would they do that? No way… is it because of…you don’t say… wireless charging?! The new iPhone 11 series is set to have reverse wireless charging for Apple Watch and AirPods. As exciting as this is, we consider it less of an innovative leap and more of a brisk jog to catch up with Samsung and Huawei, who are currently running circles around Apple in terms of power. Reversible charging is most likely to be available on the Pro models and not the lower-end equivalent of XR.  Does this mean the new iPhone 11 batteries would be large enough to charge AirPods…or will Apple put out a secondary compatible AirPod case? Our fingers are crossed its the former.

Rumour has it that Apple will finally dust off the 5W charger and replace them with the USB-C charger that ships with the iPad Pro. If the iPhone 11 series come boxed in with an Apple USB-C plug and a Lightning to USB-C cable, it would be the first time Apple offers its users fast charging. About time!

Our predictions from earlier this year held true, Apple caught up to their main rivals by revealing a triple-lens camera array in the iPhone 11 series. All models will see a wider range of zoom, and the third lens on the higher-end variant will be an ultra-wide angle lens for photographs of increased size and clarity, with of course, additional zoom. Reports suggest an upgrade with the camera software, which takes three images from each lens and consolidates it into one, high-resolution image. Techradar predicts a new photography feature that functions as a sort of “autocorrect” for photos— to position people back into a photo if they have been accidentally cropped out. Seems like we can also look forward to low-light capabilities, live editing features, progressive video software, and advanced AR performance thanks to an AMX coprocessor.

The LCD variant will get a boost to a dual-camera system, while the triple array seems to be reserved for the OLED variant. Apple’s design labs seems to be going into retrograde with this feature, after months of looking at leaked iPhone 11 models and phone casings, we still can’t get used to the bulgy, protruding camera set up in this series. We hoped Apple would catch up to impressive ammo that Samsung, Huawei, and Google have loaded into their models, but instead they seem to be running a whole different track.

All three models of this series will have the same front-facing camera– not only will it get a boost from 7mp to 12mp, but also an upgrade from the existing 4-element lens to a 5-element lens component. The lens setup in the iPhone 11 has been continuously positioned as the device’s main selling point, so we’re geared up and ready to be impressed.

A question that remains unanswered is if the 5nm processor would be ready in time or is Apple sticking to the 7nm? All three models of the iPhone 11 series will be furnished with the A13 chip including a new component called Matrix-coprocessor which will take on the algorithm-heavy focused functions to free up the main processor. To give you an idea of how the A13 would be the most superior processor in the game, its predecessor, the A12 bionic chip that powers the 2018 iPhones, is currently so powerful that it could still compete with Android phones by 2021. The 2019 iPhones are confirmed to have 4GB RAM, so combined with the A13 chipset, the next-generation will see a greatly enhanced CPU multi-core performance.

Over the years, Steve Jobs continuously reminded the public that iPhones use the best stylus there is, gleefully holding up his index finger to the audience each time he made the remark. The first Apple Pencil was released in 2015 along with the iPad Pro, now finally making the leap over to iPhones, we can most definitely expect the iPhone 11 Pro Max to be launched in support with an Apple Pencil. It won’t be the same model that ships with the iPad, but more likely a smaller, sleeker design, that would better complement the smartphone series. Multiple phone case retailers have been fuelling whispers with their prototypes that feature a support for Apple Pens. The only question is will users need to shell out an extra 500 dirhams for this accessory or will Apple do the needful and include it in the box?

Multiple failed Face ID attempts is one of the biggest first world problems with our phones, and although it may feel completely petulant to complain about having to punch four digits into our screen when our phones refuse to recognize our face (betrayal!), Apple has apparently heard our woes and tweaked Face ID to make our lives easier. The new sensor may elevate to a wider and multi-angle lens, which will allow users to unlock their phone without lifting it to their face, even when it’s flat on the table! We’ve heard talks about sub-epidermal scanning through the grapevine, where the lens would scan and capture veins and blood vessels in your face using Infrared. This sounds like its straight out of a Mission Impossible scene, which makes sense since this technology would add a new layer of security that Face ID currently lacks. We’re most probably going to see a shift away from the pressure-sensitive 3D Touch as Apple is expanding with Haptic Touch in the 2019 series, as seen in the likes of iPhone XR. However iOS13 still supports 3D touch on all models from the iPhone 6S to the iPhone XS Max.

Apple was working on an additional walkie-talkie-like feature for the iPhone 11, not to be confused with the existing Walkie-Talkie on the Apple Watch. The new feature uses a 900MHz spectrum band to send messages to other iPhones even without a 3G/4G cellular signal or WiFi. This works on long-distance radio waves and could only be used with iPhones within a certain distance, thus acting as a text version of a walkie-talkie. Allegedly titled under the pseudonym of Project OGRS (Off-Grid Radio Service), there’s still some buzz about the matter as top executive behind Project OGRS, Rubén Caballero, departed Apple earlier this year. Apple had been working with Intel on the new technology but the project was reportedly scrapped after Apple commissioned 5G modems from Intel rival, Qualcomm. Looking further down the pipeline, Apple could slowly tapering off its dependence on Qualcomm too, by manufacturing its own modems, but we’ll save those details for another blog.

Even after a detailed run-through of the specs, the unique selling point for the new iPhone 11 series continues to be the triple camera setup and camera software enhancements. We’re still not convinced by the odd architecture housing the lenses, but we hope Apple has redeemed itself on the display and modified the front-facing camera bezel to give the smartphone a sleeker look that this decade deserves. What Apple lacks in battery life, they make up with processing speeds, but that doesn’t mean we’re giving Apple further leeway. It’s 2019, and not only do we want a better battery life…we want it now! If Apple keeps up its hiked price patterns from the last two years, they better bring their best game to the table, or else, an Apple a day might truly keep the customers away.