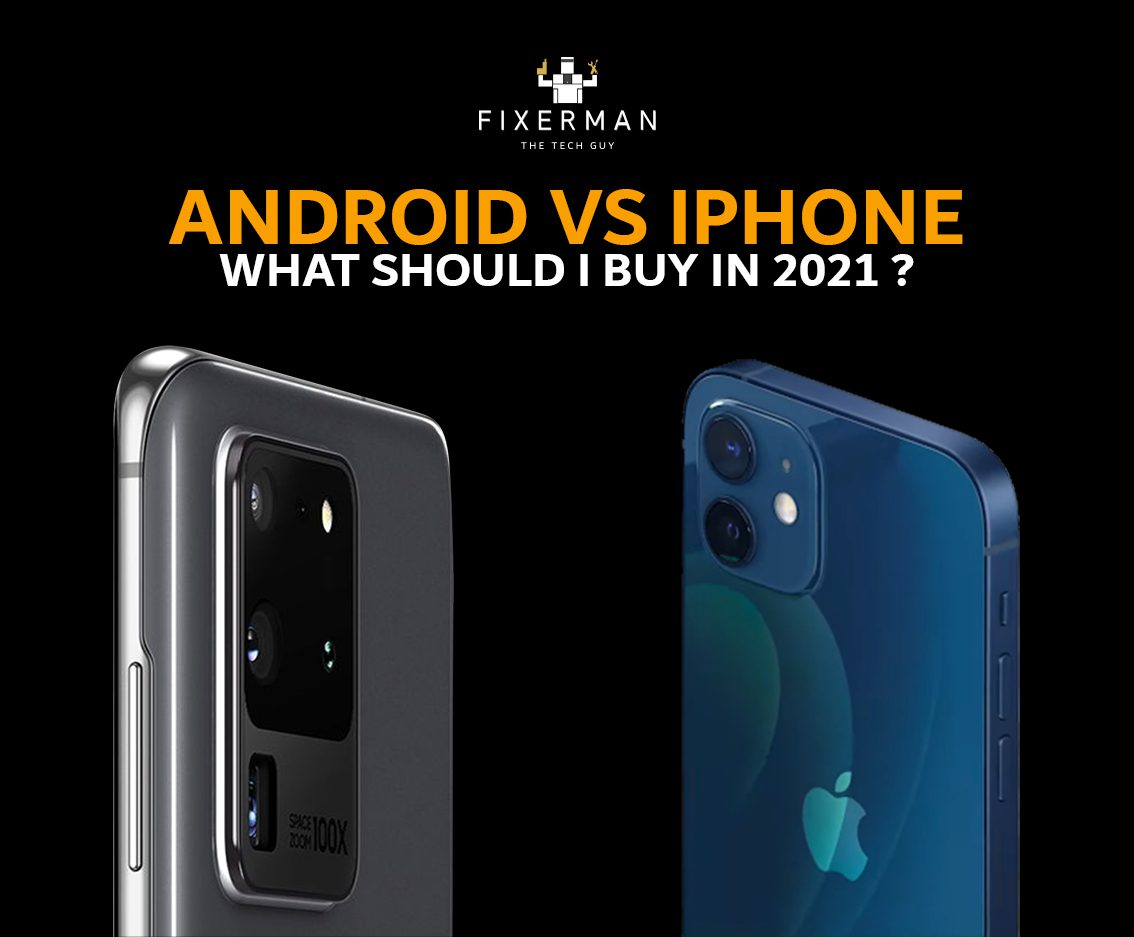 In today’s world both operating systems have a cult like following with either group of people seldom willing to switch to the other OS voluntarily. Before we explore the pros and cons of both systems, here is a quick history lesson on the two operating systems.

The company Android Inc. was founded in 2003 by a few people, but the one you have most likely heard about is Andy Rubin. Initially the operating system was developed for digital cameras, not mobile phones. However, the creators changed their plans and soon announced that the software will rival Microsoft Windows Mobile. This was a bold statement at the time and not many people took it seriously as the company was rumored to be so financially struggling that they were even unable to pay for their office spaces. Despite the general consensus, Google believed in the product and acquired the company along with some of its few key employees. The acquisition and development was shrouded in secrecy and the rumours that Google was developing its own software for mobile devices started going around, but little did anyone know about how quickly this software would be in the hands of over a billion people.

Then in 2007, Apple stunned the tech world and dropped its revolutionary iPhone. Prior to this, Google’s operating system was primarily developed to run on standard phones not ones with touch screens. The Android team instantly knew that they would have a lot of work to do and the same year a group was formed called the ‘Handset Alliance’. The alliance came together and made a bold announcement that they would create the first ‘truly open and comprehensive platform for mobile devices. The members of the alliance included Google, Samsung, HTC, Motorola, and others. They were not full of hot air either, shortly after different versions of Android were released to the market called ‘cupcake’, ‘donut’, ‘eclair’, ‘froyo’ and later the famous ‘KitKat’. Google even gave an explanation as to why all the software’s were named after food items, stating that it is because the software experience is ‘sweet’. The first android phone was the T Mobile G1 or the HTC Dream, as it was called outside of the United States. The initial reviews were mixed but there was a unanimous understanding that it had a lot of potential.

In 2005, Steve Jobs had a huge job to do – shrink the Mac and make the perfect handheld device. In 2007, Apple announced this new phone along with its operating system. The first of the systems was called iPhone OS 1, and unlike Google, Apple did not go for sweet-sounding names and just kept counting up in numbers.

So far, we have only mentioned phones, but as you know both operating systems ran on various mobile devices. The first iPhones were praised as a spectacular device and only added to the mystique of Jobs who for some was like a tech-god. You just have to read those early reviews to find fawning praise about how the iPhone was sleek, fantastic, innovative, a superb device for surfing the web, like nothing else before it. Gizmodo wrote, “I’m thumbing through my own iPhone like a teenager with his first Playboy.” It was in a league of its own. It was not perfect and lacked a few features, but hey, no one was saying negative things about this device except perhaps one thing. This was the fact it was so darn expensive, coming in at a base price of $499. Compare that to the first Android phone which launched at $179. But the price did not matter to many as iPhones were being hailed as the future of mobile devices. That is kind of been the story ever since, but as we have seen in the years since, many high-end Android phones are also now very expensive. They might have cost a lot of cash, but that did not stop people buying the iPhone. If you look at the bestselling phones of all time, you will see that it is topped by early Nokia phones. If you look at the historical market share of operating systems, you will find in 2009 Android was barely getting out of the blocks and iOS was in front. But since about 2013 Android has enjoyed an 80 percent market share, give, or take a little now and again.

The age-old debate of android versus iOS continues and yes, while they are converging towards a very similar approach there are still so many things that iOS lacks when compared to android. In android the majority of apps can be used in a split screen scenario with one app on the top and one up on the bottom or one up on the left and on the right. If used in a landscape mode for example, let us say you are watching a YouTube video and you want to check twitter at the same time or you are reading an email while replying to a message you can go into split screen and use both apps at the same time without any issues. With phone screens getting bigger and bigger the split screen is becoming more important and useful than ever. The iPhone 12 pro max comes with a 6.7-inch display which means it is similar to tablets from eight years ago. Android phones of all screen sizes are now getting split screen but even the biggest iPhone are not taking advantage of that screen real estate yet due to the lack of split screen multitasking.

Numerically speaking, Android wins 10 categories and iOS wins seven, but iOS wins in some of the more important categories — we do not think rooting or alternative app stores are as important for most people as accessibility or security, for example. However, it is very difficult to compare the two. Because Apple controls both the hardware and the software of their devices, you will find iOS offers a more uniform experience across devices.