Apple Event: The New Line Up 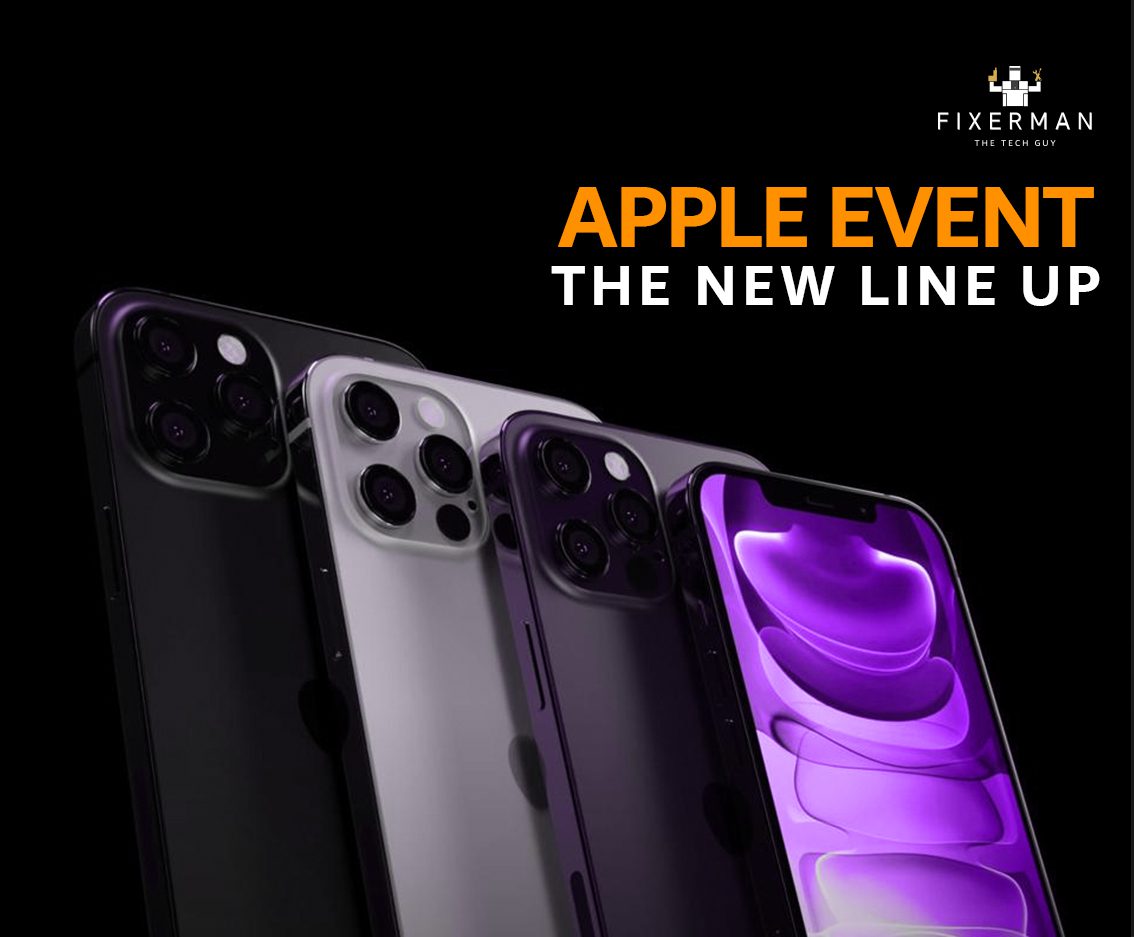 The much-anticipated Apple Event finally took place on the 14th of October. Just like the previous apple event last month, it was a pre-recorded online only event with no spectators at the brand-new Apple HQ. We did however get to see once again Apple show-off its production ability, with impressive shots and transitions. We were basically introduced to two new things: The HomePod Mini and the iPhone.

Apple released the original HomePod in 2018, which was fundamentally just a speaker powered by Siri with no displays. The HomePod Mini, is fundamentally the same thing costing 99$ but in a smaller size. There is still no display and will primarily focus its functionality as a speaker, promising excellent audio output with some new lighting on top.  There is an S5 chip inside the product specifically for computational audio that allows it to listen to the environment and provide the best audio output based on the where you are located in the room. It also still retains the force cancelling woofers and tweeters from the original, just packaged drastically smaller. It also has an ultra-wide band chip inside that allows it to be better controlled directly with an iPhone and also has unique feature that allows you to use it as an intercom if you have a bunch of them in the same house and an entire apple ecosystem set up.

On to the main topic, iPhone, and this year we got 4 of them – iPhone 12 Mini, iPhone 12, iPhone 12 Pro Max. The main overlying feature about all the phones in the line up is 5G, all of them come equipped with it and Apple took a lot of time to show that it has invested in them for the device and essentially future proofing them when 5G actually becomes more widely available.

The new design is definitely beautiful to look at and it dons the flat sided shape just like the iPad Pro. The device is covered with the aluminum frame all the way around, with new antennae cut outs for the 5G, a flat screen, IP 68 water resistance, and a new ceramic shield specialized glass, covering the screen offering four times better drop performance. The three main things that the event focused on for the iPhone 12 phone itself was the screen, the charging, and cameras. The screen has gotten a significant upgrade moving from a 720p LCD screen on the iPhone 11 to a 6.1”, 1080p, OLED display with thinner bezels. This provides better brightness, better contrast, more pixel density, HDR certified, with the only downside being the notch, which has not gone away. There is a new 12mp dual system camera set up, with a new ultrawide and new standard camera with f1.6 aperture allowing you to take better low light shots. Moving to new charging, unfortunately it still is not USB-c, but instead a magnet that is built on to the back of the phone bringing MagSafe back. It will charge at 15W providing relatively fast charging and open a whole new market for third party manufacturers to build accessories that utilize this built in magnets. And we finally have confirmation that starting from iPhone 12, no charging bricks will be available in the box, primarily for environmental reasons and Apple’s ongoing emphasis on sustainability and reducing e-waste footprint. There is also a brand-new chip powering the whole device, an a14 bionic which is the first five nanometer chip in any phone. It has a six core CPU, four core GPU, better machine learning performance and image processing.

Apple also very dramatically unveiled a brand-new iPhone mini. It is primarily the same iPhone 12 with all the same specs and colors inside and out, but in a compact size format with a 5.4” display. The iPhone 12 mini will be made available for $699, 100 dollars cheaper than the regular sized iPhone 12.

The pro series are the flagship, high end ultra-devices with all the features pretty much maxed out. However, this year there does not seem to be that much of a huge difference between the pros and the regular iPhone 12. The prices for the pro model will remain the same as previous years, at $999 and $1099, with both starting at 128Gb. The main difference is down to the size, colors, and the cameras. It already packs all the great features from the iPhone 12 such as the IP 68 water resistance, the a14 bionic chip, the MagSafe, the ceramic shield all in a slightly larger display. The Pro models will be made available on a 6.1” and 6.7” OLED displays with a stainless-steel side instead of aluminum with an interesting gold color as well. The real reason however to buy the pro is the camera. They still house a triple camera setup with a new standard, ultra-wide and telephoto camera. All the four cameras, including the front facing camera will have deep fusion and the LiDAR sensor will be made available on the back, which will help with auto focus in the dark along with better AR features. There is also a new ‘Apple ProRAW’ image format which was briefly discussed in the event however the in-depth details about this feature still shows ‘coming soon’, so we will have to make a judgement once it is finally actually released.

There is also a slightly different cameras on the two pro versions, there is 2.5x telephoto on 12 pro max and a 2x telephoto on the 12 Pro, the 12 pro max also has a better sensor shift image stabilization while all the other models have it built into the lens. The biggest Pro camera feature that was announced was the 10bit Dolby Vision HDR 4K 60fps video, making it the only camera in the world on a phone that will shoot Dolby Vision.

Unfortunately, we did not see a display with faster refresh rate, which seems to have become an industry standard in all the phones releasing in 2020 to have 120Hz. The notches are also not gone on any of the iPhone models that were released and roughly look the same size as the notch on the iPhone 11. Face ID was not mentioned in the keynote as well, which means it is safe to assume that there are no improvements in that department with no new sensors.

5G was clearly the big push, with Verizon even been given a big chunk of time to talk about collaborations. Apple is also trying to fill the market similar to a Samsung approach with an apple phone available at varying price points starting from the iPhone SE ($399) all the way to the iPhone 12 Pro Max ($1099). Overall, exciting new products as always and we will have to wait a few more weeks until a full hand-on review of all the devices. Let us know which on you are most looking for or which one you will be getting?