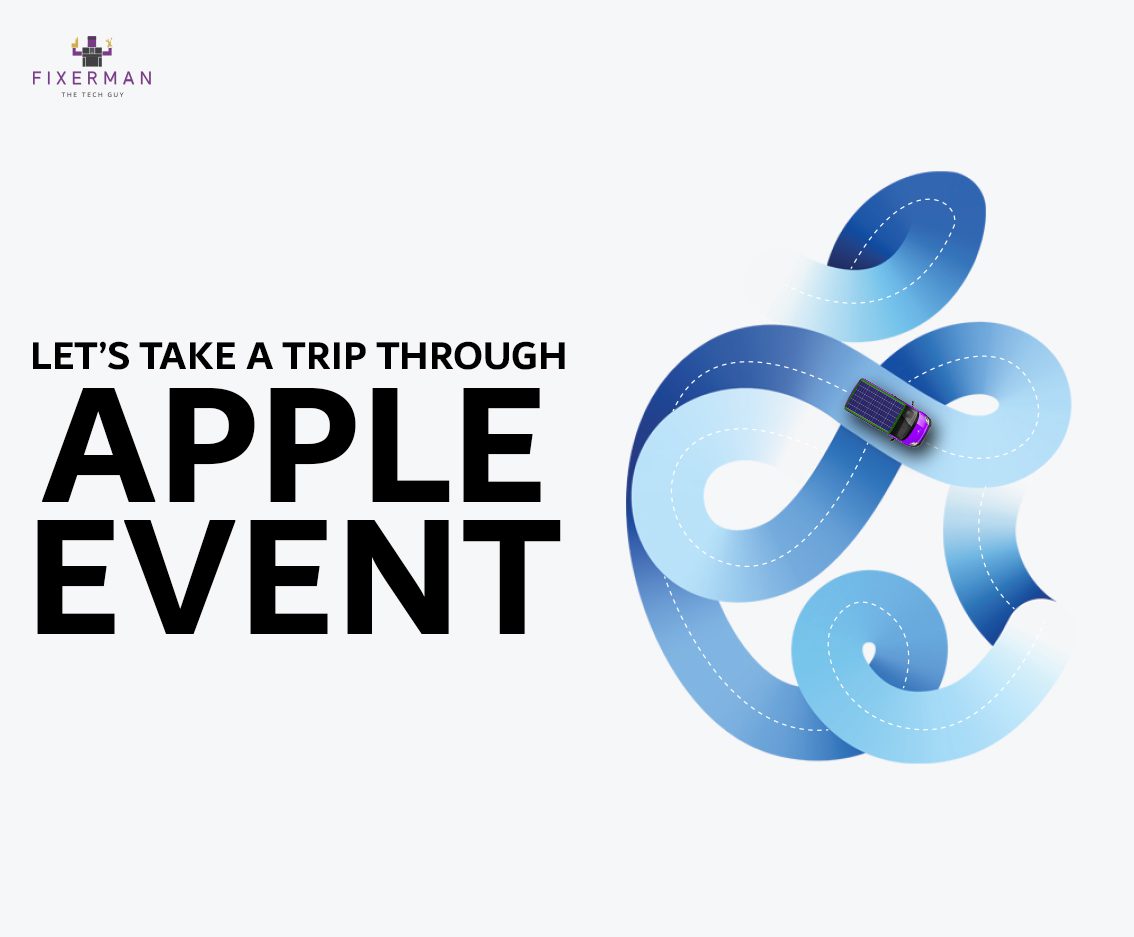 It is September, which mean it is time for a big Apple event with iPhones, iPads and all the Apple goods, however, the year is 2020, so things were a bit different. Apple held their virtual event in Cupertino, California, and most of us streamed the event in anticipation from our couches at home. There were no iPhone announcements, as it is expected to be dropped in October this year but there was a new line of Apple Watches and iPads instead. None of the announcements seemed to be a must have upgrade, however there are some interesting new features on the new devices.

The new Apple Watch is not a major overhaul in terms of product design. It continues in the footsteps of the same Apple watch design that we all love and know, with the addition of a new blue option. The most significant hardware change is a new sensor that detects blood-oxygen saturation, which can be detected by keeping your hands steady for 15 seconds, after which it will display a percentage reading typically in the mid-90s. This tracking is good for sleep and overall health, but low blood-oxygen have also been a symptom of Covid-19. As explained by Dr. Sumbul Ahmad Desai during the presentation, each time you breathe your lungs and heart work together to deliver oxygen throughout the body, the blood-oxygen levels provide a good indication on how well this system is functioning along with your overall respiratory and cardiac health. The series 6 also has a brand-new processor under the hood, but it is disappointing to note that there is no update on the battery life. It is still advertised for a maximum of 18 hours while competitors like Fitbit and other devices have products that last several days on a single charge. Another exciting Apple Watch news is the ‘solo loop band’ which you just slide your hand into and is compatible with the older Apple Watch Models. If all of these features sound great and you would like to purchase it then it will set you back by around AED 1,600 (starting price), however if you would still like an Apple watch but want to spend a little less money on it then you can get yourself the new Apple Watch SE which will start at AED 1,100. The Apple Watch SE has got the same design and aesthetic as the regular Apple Watch, but you will be sacrificing on things such as ECG tracking, always on display and the new blood-oxygen sensor. In case you were feeling a bit spoilt for choice, there is also going to be an Apple Watch Series 3 for just AED 800, which does not have features like the fall detection or the bigger display made available along with the other two new models. Apple also announced, ‘Family Setup’, which is basically ‘Apple Watch for Kids’, it allows parents and guardians set up the Apple Watch for their kids who may not have an iPhone and can also be used a location tracker. All purchases of any of the new Apple Watch will come with three months of Apple Fitness+ which is a forthcoming subscription service that provides guided video workouts for cycling, yoga and more.

iPad Air was another significant announcement with a redesigned new look, like an iPad pro almost. It has been updated with an all screen design but keeps the touch ID fingerprint sensor neatly embedded in the power button. It also has a larger 10.9” screen and is available in a plethora of new colors and houses the new A14 processor under the hood which is faster than the A12x in the iPad Pro model. The dilemma on everyone’s mind is going to be whether to choose the AED 2,500 iPad Air which also works with all the iPad Magic keyboard accessories or do you get the iPad pro, and to add some more confusion, there will also be a AED 1350 regular iPad also available with an updated processor.

Another major announcement for the device was the confirmation of the removal of the power adaptors from newly purchased Apple Watch boxes citing environmental reasons, which was rumored widely for months. Sustainability seems to be a new core direction that Apple wants their products to be synonymous with. The new Apple Watch will have 100% recycled rare earth elements and tungsten in the taptic engine, 100% recycled aluminum case, 95% recyclable fiber packaging, 100% virgin wood fiber from responsibly managed forests, no BFR, PVC, Beryllium and Mercury, along with Arsenic free glass. Finally, Apple also pledged to have all their products be made carbon neutral by 2030 along with a commitment to transition to 100% renewable energy for Apple production.

Overall, it was not the most exciting of Apple Events. It was exciting to see some impressive Apple camerawork and editing as we whizzed past their new sprawling campus. With no iPhones being announced, we once again wait in anticipation till October to see what Appl has in store for us!